Any insurance professional will agree that the class of exclusion under which we see the most claims denied in the Property Insurance space is that which relates to the 'slow, gradual causes'. An example of one of these exclusions is below (taken from CGU's Business Insurance wording):

We will not cover:

As a result of the commonality of this, it is crucial for insurance buyers to be aware of its effect and how they can make sure it doesn't rear its ugly head under their policy. But first, it's important to understand why these exclusions exist...

This question really goes the the root of the existence of an insurance policy. Insurance policies exist to cover the unknown. They are intended to cover those moments that everybody knew was possible but no one thought was likely. Over the years I've seen it all - from trucks crashing into buildings through to fires gutting construction sites and storm cells damaging structures beyond recognition. All of these events shared one thing in common - nobody saw them coming.

On the other hand, every piece of property in existence has a shelf life. Albeit, some assets have a significantly longer lifespan than others, some have partly perishable or renewable components and some - like the homes we all live in - just require some tender love and care from time-to-time. Now quite obviously, insurance is not supposed to be used to cover the cost of regular maintenance on the property. That lick of paint, that replacement of the rusty guttering or the leaky pipe under the sink - they can all be chalked up to maintenance.

When it's broken down, it really becomes quite simple - anything which is an inevitable consequence of an asset's age will not be an insurable risk. Any sudden unforeseen event will be insurable. However, where people get confused is where there's a sudden, unforeseen event which acts upon a deteriorated item which has been the vicim of a 'slow, gradual cause'?

To give you an example, let's say you have a property which is admittedly ageing but for all intents and purposes is watertight and structurally sound. As is common in Australia, there is a huge storm and accompanying torrential rain. All of a sudden the roof begins to leak causing damage to the ceiling inside the house. In this case, you have the sudden unforeseen event (the storm) causing unforeseen damage (the internal water damage) but this is occasioned through the deteriorated roof.

Now, many insurers get this wrong but I have had an unthinkable number of these claims overturned on behalf of my clients. Sadly for any insured - the part of the claim caused by the slow, gradual cause is never going to be covered. The roof which has rusted through, the shower recess which is no longer waterproof, the rotting beam supporting part of a building - I am sorry to say that these will never be covered. I have no magic 'get out of jail free' clause for those.

However, this doesn't mean you don't have a claim on your hands... Under a decent policy, an insured should ALWAYS be covered for the resultant damage which is the unforeseen part. There are very few circumstances under which an insurer could refuse to pay (for example, where an insured knew that the roof was in an unsatisfactory condition or just allowed the damage to happen over time). This position has stood the test of time in practice and in the courts where the exclusion will be read down in such a way that the resultant damage will be covered.

So what do we learn from all of this? Before anything else, you should make sure you've properly understood the policy you're buying (or sought advice from a good broker) - there should always be a write-back for resultant damage. The best takeaway though, is that if we care about it enough to insure it, we need to maintain it. Rewaterproofing of showers, checking of roofs, repainting of surfaces - all of these things not only minimise the chance of a claim happening, but they increase the chance of having your claim paid when the unlikely happens. Go into claims with the expectation and understanding that natural wear and tear will never be covered but understand your rights and be willing to defend them resolutely to have the resulting damage paid. So any time your insurer attempts to rely on an exclusion like this, ask yourself the following:

1. Was the damage caused or contributed to by some issue which would ordinarily be expected to happen over time, or which could have been solved with proper maintenance? If yes, then ask;

2. Is there resulting damage to separate property which was otherwise undamaged? If yes, then ask;

3. Was this something I was either aware of, or should have been aware of? If no, then ask;

4. Has the insurer used clear words to unequivocally exclude resultant damage? If the answer to this final question is no, then you should be arguing the claim.

However, if you're really not sure or if you would like any advice on your particular circumstances, please get in touch.

Coronavirus, us and your insurance

"Too small to fail"

Storm season - are you prepared?

Show me the money: When is a cash settlement in the client’s best interest? 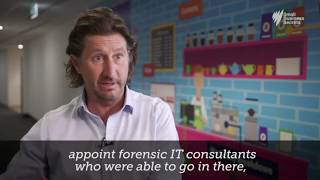 Cyber Insurance - are you prepared?